Trout In The Classroom 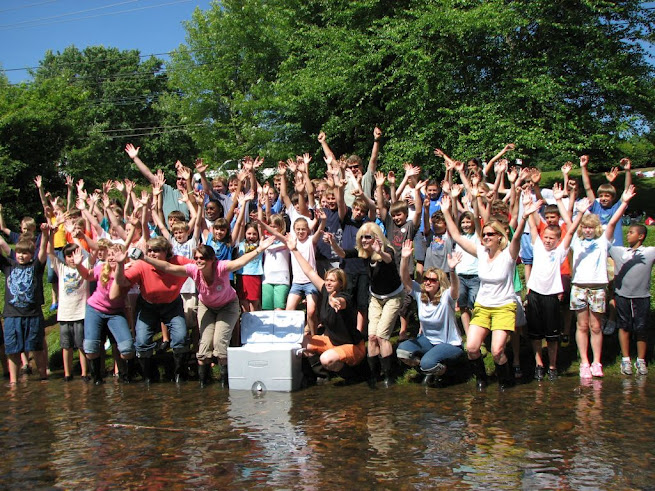 Trout in the Classroom is a leading environmental education program that teaches students from elementary to college how to raise trout from eggs to fingerlings, monitor water quality, engage in stream habitat study, appreciate water resources, and foster a conservation ethic.

The History of Trout in the Classroom 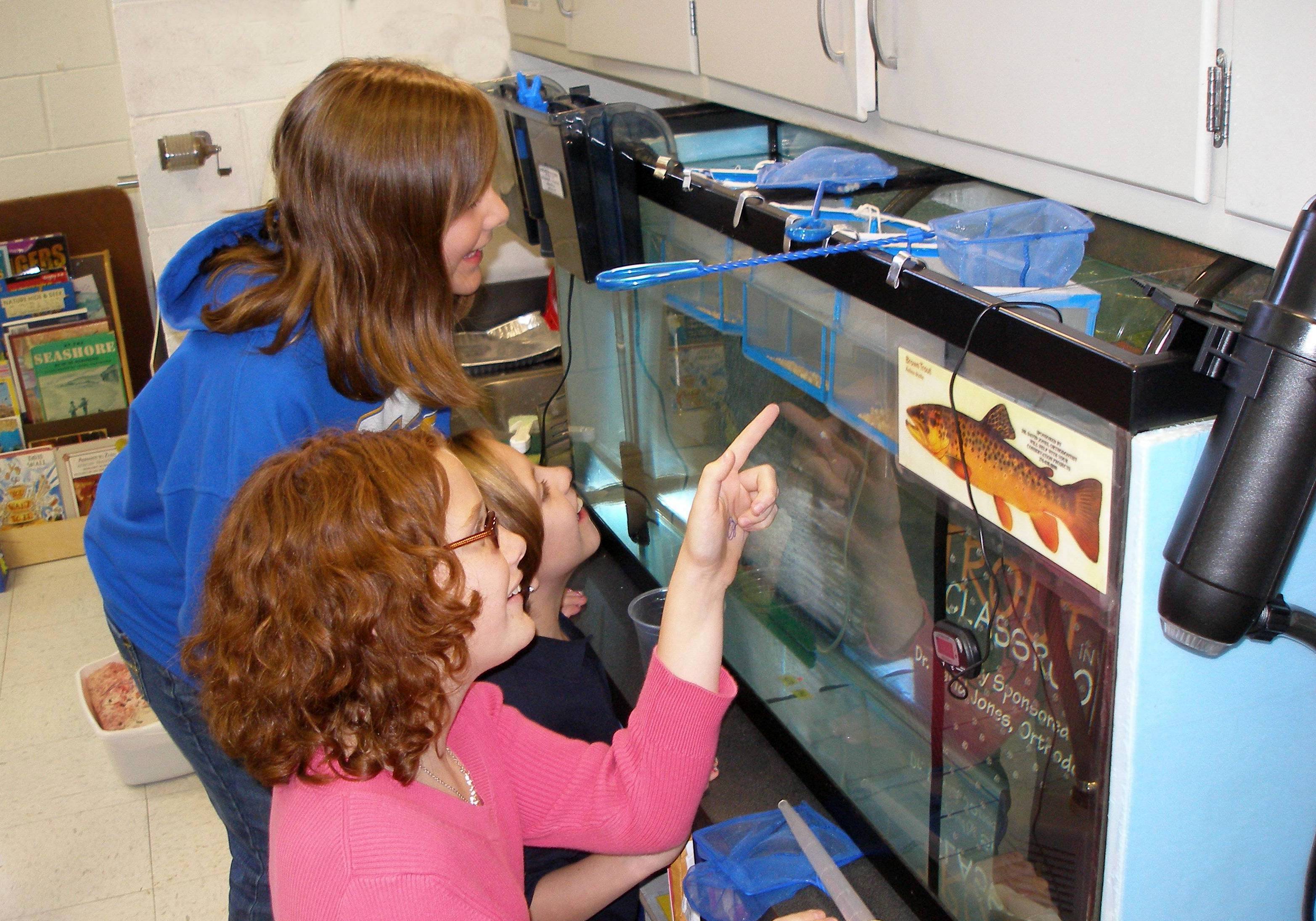 Trout in the Classroom in Virginia

Trout in the Classroom (TIC), was established in Virginia in 2005 through the efforts of Dr. David Jones, Martinsville Orthodontist. Dr. Jones, an avid fly fisherman and conservationist, was looking for a way to engage the community in protecting the Smith River by connecting children to the outdoors and the preservation of trout through environmental education. He was introduced to the Trout Unlimited TIC program and his dedication to this purpose led him to personally sponsor and maintain 12 tanks the first year of the program. The TIC set-ups were placed in the Virginia Museum of Natural History and several local schools in Henry and Patrick counties. 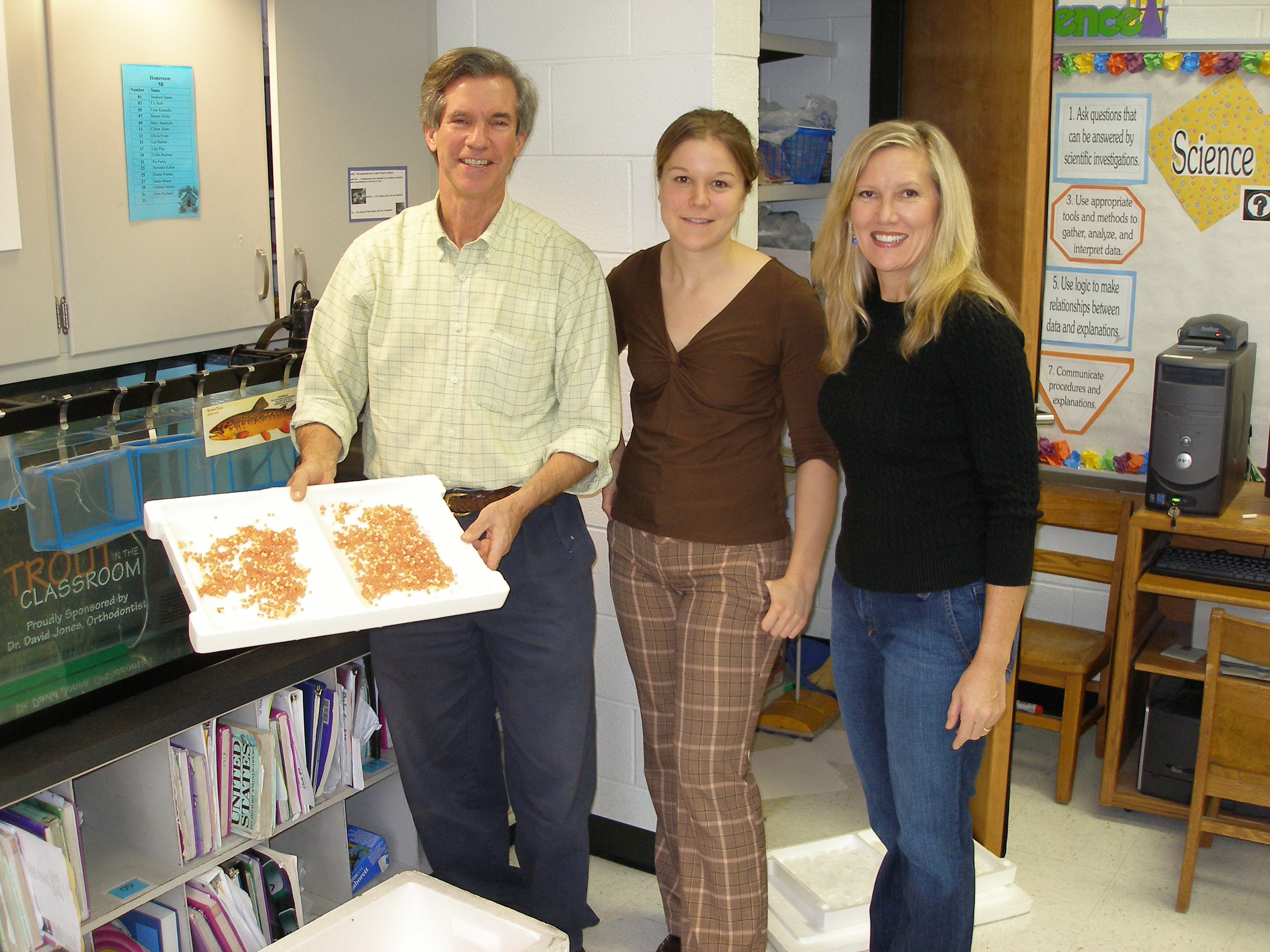 The first year TIC was introduced to the schools, brown trout fingerlings were obtained from the state hatchery and raised for a couple of months by schools then released into the Smith River by the students. The success of the pilot program was overwhelming and by the second season, Brian Williams had begun volunteering for the program and TIC obtained permission to secure brown trout eggs from the State Fish Hatchery in Wytheville. By starting with eggs, the students would be able to experience the life cycle from eggs to fingerlings. This also meant the program

would span 6 months which helps create a lasting experience, culminating with the release of the trout into a local stream. In 2006, Dr. Jones partnered with Wayne Kirkpatrick of the Dan River Basin Association and the streamside “Tub -O-Bugs program was incorporated into TIC. A grant from the Harvest Foundation allowed the program to continue with funding for a full time staff person from the Dan River Basin Association with responsibilities to include support of Trout in the Classroom. In 2008, Brian Williams was hired as DRBA’s full time Education Outreach and Conservation Coordinator, supporting TIC. The program continued to grow throughout Virginia and DRBA staff and volunteers assisted other Trout Unlimited Chapters in building the program across Virginia. 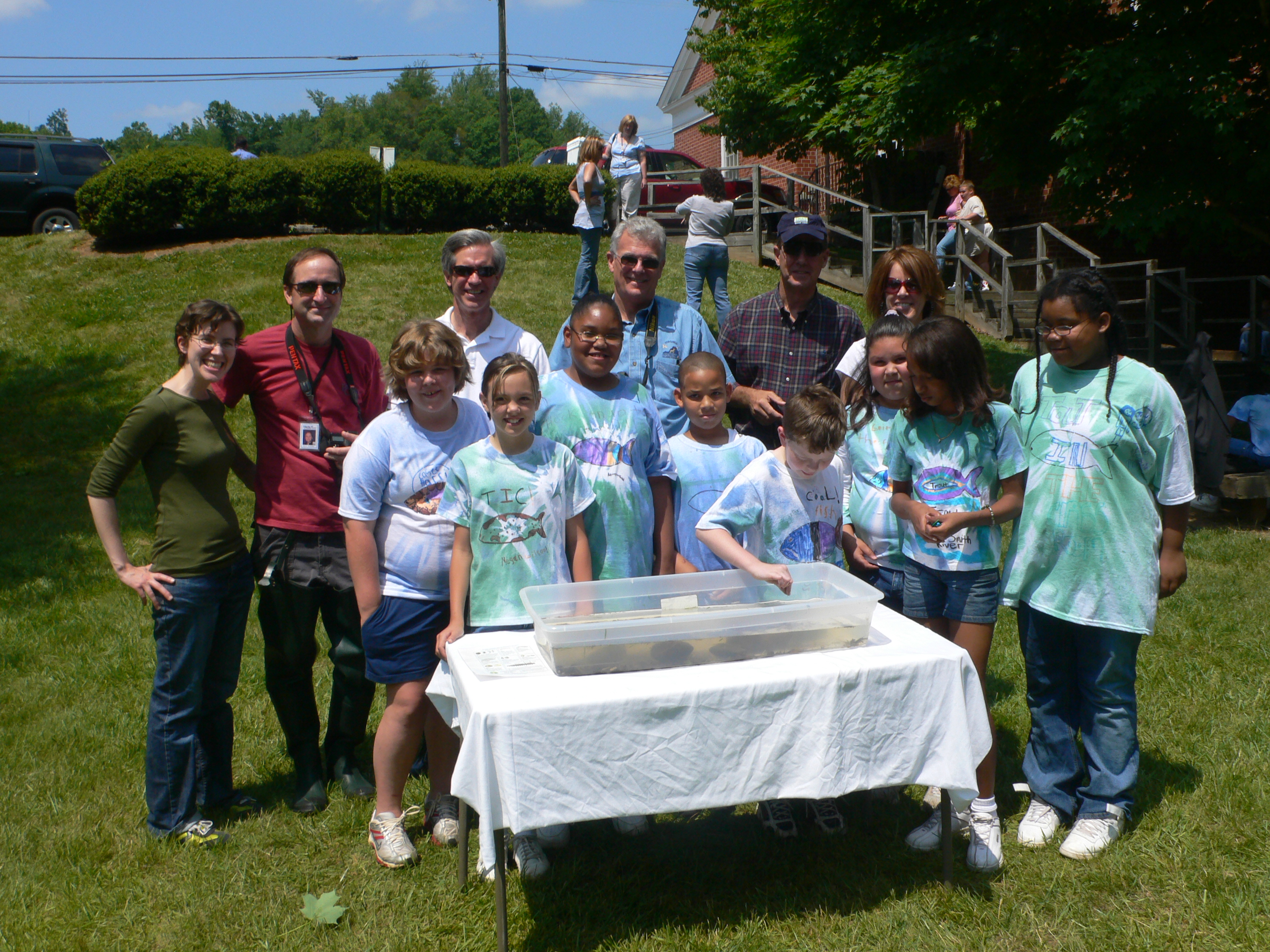 In just a few short years the TIC program had grown from a local Henry County start up to over 100 tanks throughout Virginia.  The Henry County program was once the single largest Trout in the Classroom program in the country with over 42 tanks in classroom in VA and NC. The addition of environmental education and water quality was critical to the growth and appeal of TIC throughout the basin and in the public and private schools.  Brian used his experience in aquaculture to refine the tank set ups which reduced the work load on teachers and allowed the program to expand.

In 2011, Krista Hodges was hired as DRBA's new Education Outreach Coordinator.  Her primary responsibility was enhancing the Trout in the Classroom program while building other environmental education programs to be used basin wide. The Southern Virginia TIC under DRBA became the largest single TIC program in the country with over 40 tanks in 2014-15 season. 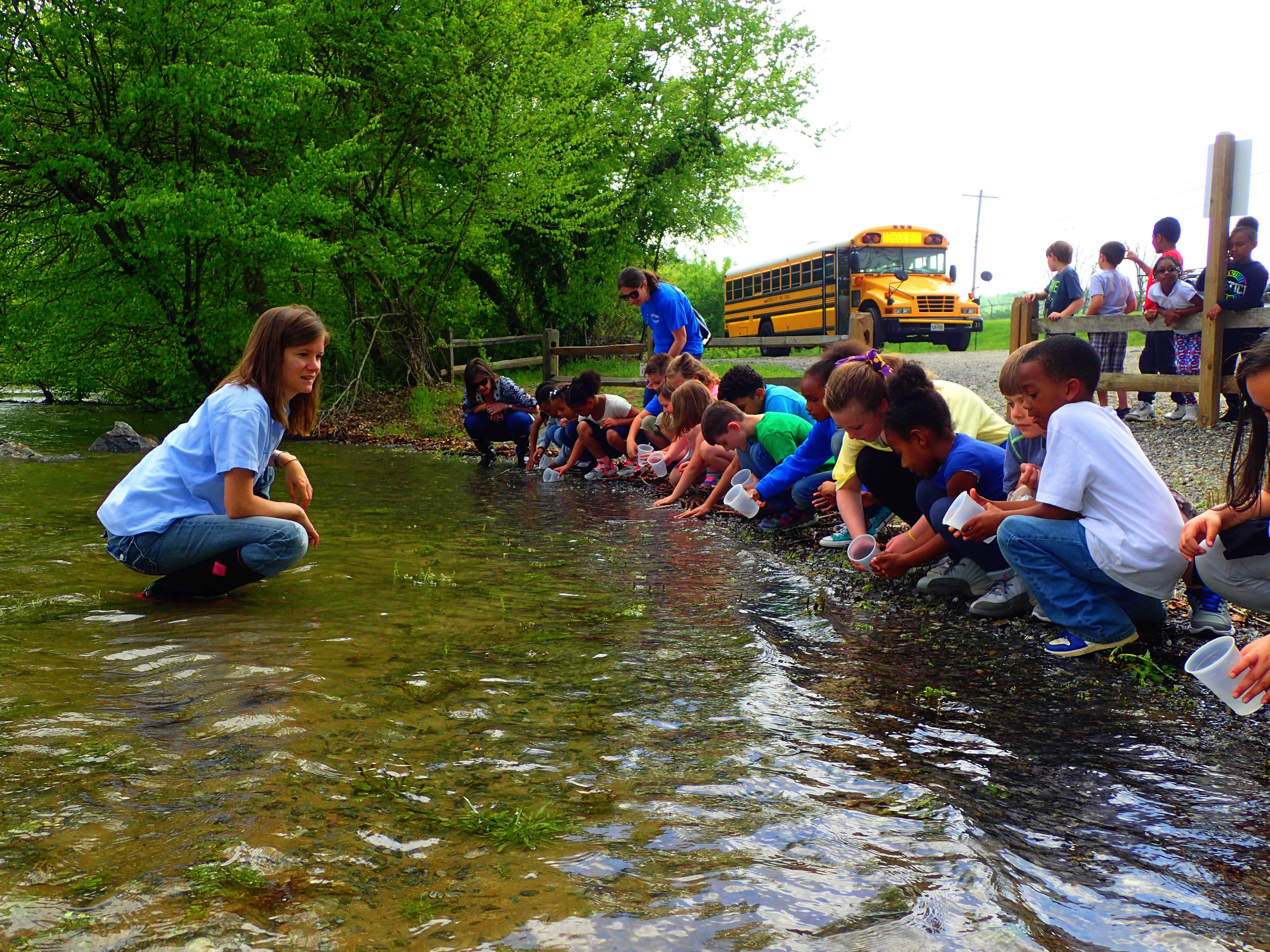 In 2011, Krista Hodges was hired by the Dan River Basin Association as the new Education Outreach Coordinator.  Krista grew the program to include Standards of Learning (SOL’s) and incorporated new ways to fund the program.  She also was key in the development of a new TIC manual for all teachers and Hodges, continues to grow and enhance the program. The students are exposed to conservation ethics, watersheds, pollution, habitats, ecosystem connectivity and personal responsibility through DRBA’s programs, and SOL’s are connected to increase the learning opportunities. Dr. David Jones said, “There is no subject that can’t be related to Trout in the Classroom., from science, math and chemistry to art, conservation and writing. “ And, that holds true to date with over 200 trout tanks in schools throughout Virginia. TIC programs are in schools throughout the entire United States and have spawned other programs aimed at teaching a conservation ethic. 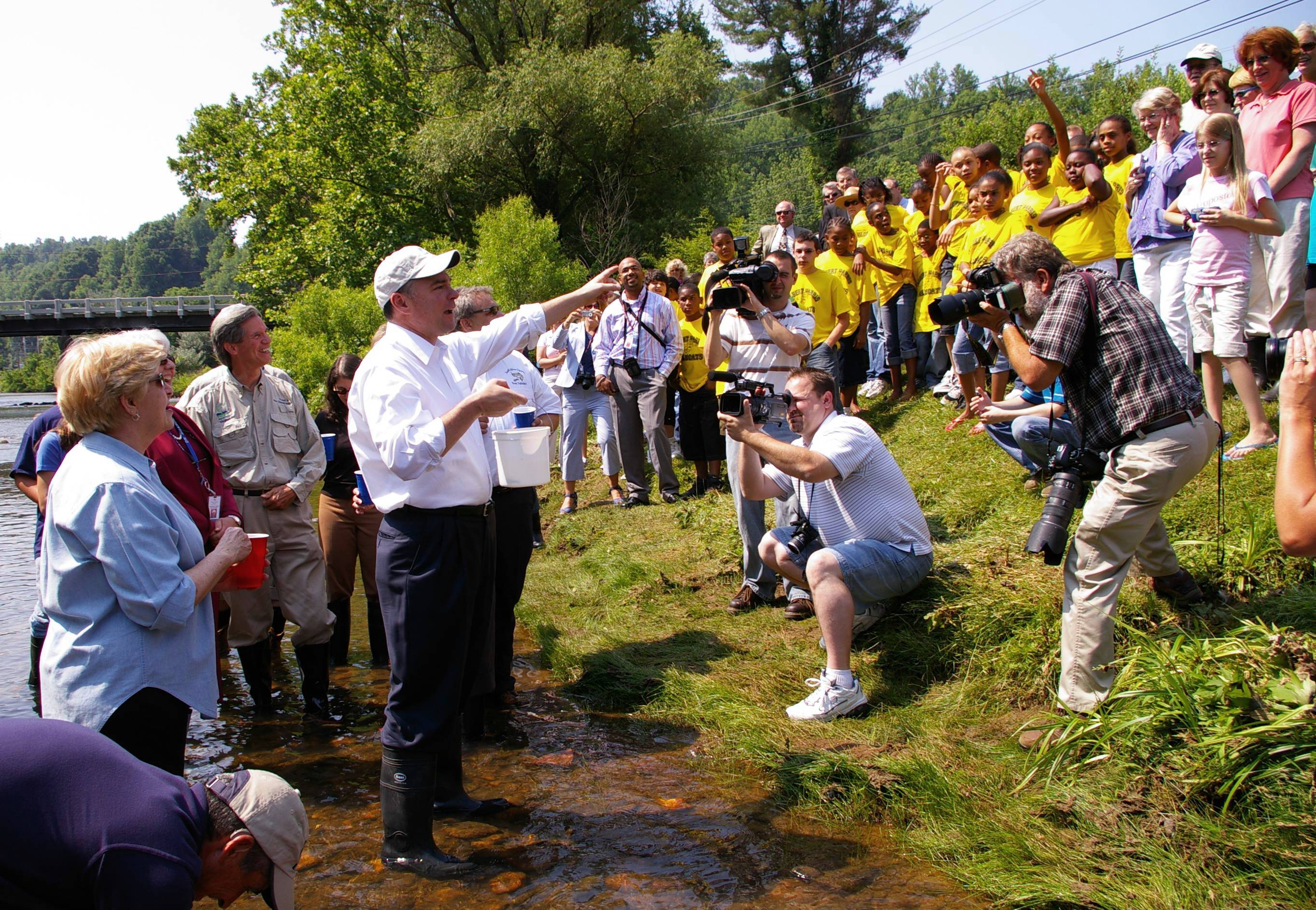 TIC expanded its reach under Krista and Brian and they applied for permits to raise and release all three species of trout found in the local rivers, Browns, Rainbows and the native Virginia Brook Trout. In a partnership with the Virginia Museum of Natural History, a trout tank has been part of the museums education programs since 2005.  The VMNH program was expanded to include Home School groups and the current set up at the museum is an 800 gallon tank located in the Wild Waters of Virginia exhibit on display for the public and each year DRBA supplies Brook Trout to the tank in cooperation with the Division of Wildlife Resources through the state hatcheries.

To date, in 2022,  DRBA is still providing its TIC program to classrooms throughout the Dan River Basin.  We supply tanks and expendables, pick up eggs and food from the hatchery, help teachers set up and maintain tanks as needed, pull permits for trout releases through VADWR, provide funding streams to support TIC in the schools, partner with the VMNH and VADWR and other organizations that provide outdoor educational opportunities to students in both Virginia and North Carolina.

Trout in the Classroom Manual

The TIC Manual is a 47 page manual that includes everything from how to set up the entire trout system, how to maintain the system, what to do at release time, and several ideas on curriculum and lesson plans.

Entire list of equipment needed for our TIC program.

Below are two videos that might be helpful when dealing with your tank system.  One video focuses on the attachment of the hoses to the chiller.  This seems to be the most difficult part for most teachers. The other video explains what to do when changing out a chiller that is no longer working for a new chiller.

How to hook hoses up to chiller

How to change out chillers

For lesson plans related to Trout in the Classroom, please visit: http://www.troutintheclassroom.org/teachers/lesson-plans.